The rain stayed away on Friday, which led to quite close sessions in Sochi, which saw both Ferrari and Red Bull top sessions and Mercedes appear to struggle. The big question is are the Silver Arrows sandbagging and what role will the rain play in tomorrow’s proceedings?

Ferrari appeared to have the upper hand in Practice 1. The car appeared to be very stable as expected through the more stable medium speed corners and Charles Leclerc topped the timesheets on a 1.34.462. However he was only 0.082 ahead of Max Verstappen’s Red Bull, who went on to top FP2 by 0.335. This seems to demonstrate the Red Bull having pace, however their grid penalties will most certainly hold them back, especially if rain affects qualifying, which would on past form likely see Verstappen fighting for pole.

The other main story is Mercedes, who were off the pace in both FP1 and FP2, with Sochi specialist Valtteri Bottas faster in both sessions, but 0.736 off the pace in FP1 and 0.646 off in FP2. However I have a feeling Mercedes may be hiding something and will be right there as the weekend gets more serious, especially if it rains tomorrow.

The midfield is looking very interesting but as usual is hard to read at this stage of the weekend. Renault look to have very strong pace, with both cars in the top 10 in FP1 and showing good pace in FP2. Racing Point also appeared to be up there as well, they were fast in the speed traps in particular, and showed good pace laptime wise, indicating they could be a Q3 contender. McLaren looked a little off but we can’t fully read too much into Friday pace, which is indicative at best of what the pace may be like with the different programmes. 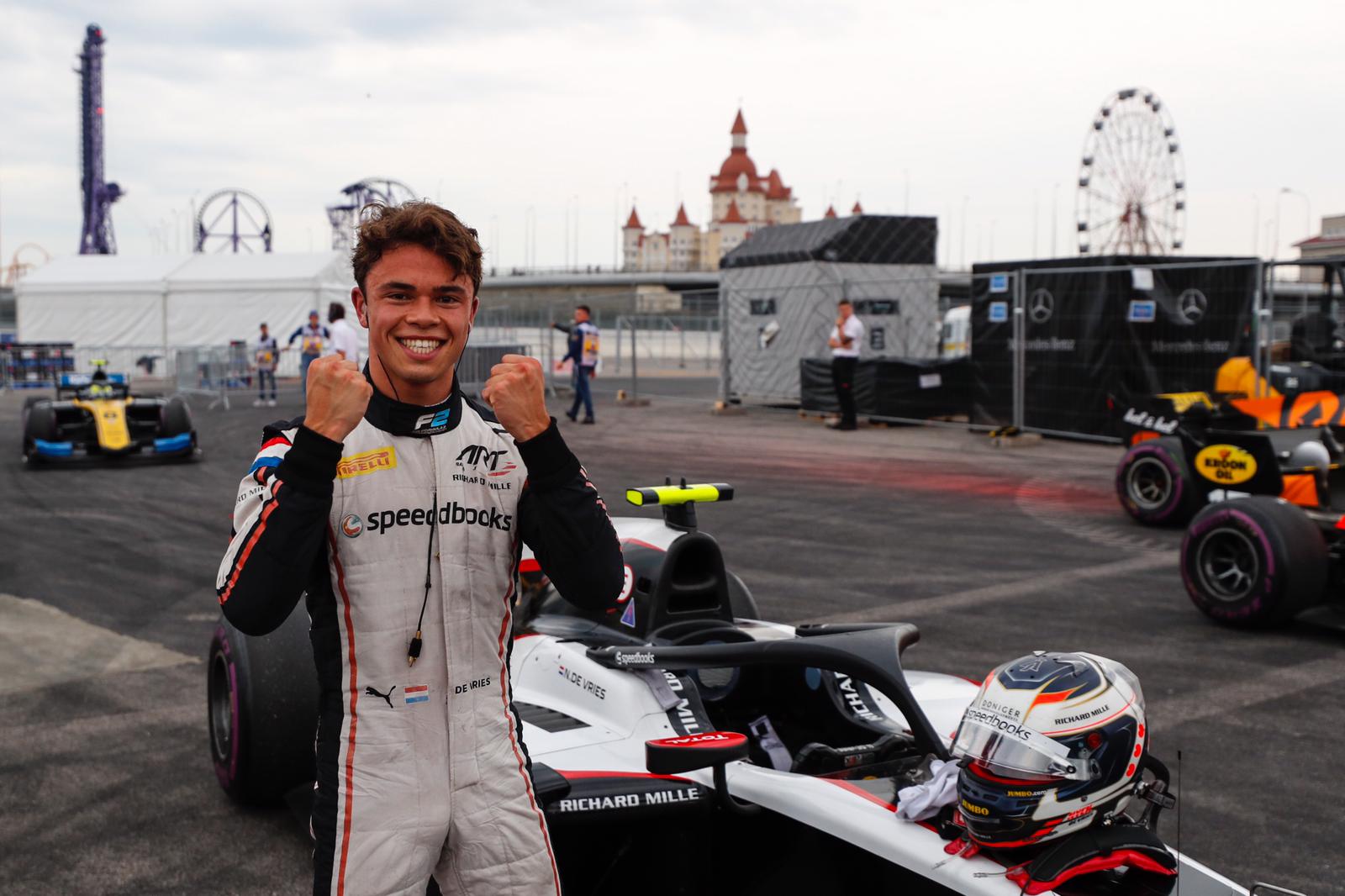 Nyck De Vries really didn’t look to be feeling the pressure of being the title favourite as he took a convincing pole position by 0.260 over his rival Nicholas Latifi. He now only needs to outscore him by 2 points to secure the title in the Feature Race, and ensure his other rivals cannot close the gap enough to make any inroads. In a nutshell, it is looking very good for the Dutchman.

Callum Ilott has continued to demonstrate his upturn in form after the summer break by qualifying in third ahead of the two UNI-Virtuosi cars of Luca Ghiotto and Guanyu Zhou. Sergio Sette Camara lines up in sixth ahead of Louis Deletraz in seventh and another strong showing from Nikita Mazepin at his home race as he qualified in eighth. Jordan King lines up in ninth with Nobuharu Matsushita rounding out the top 10. With the possibility of rain, it is certainly set to be an intriguing first race of the weekend in Sochi. 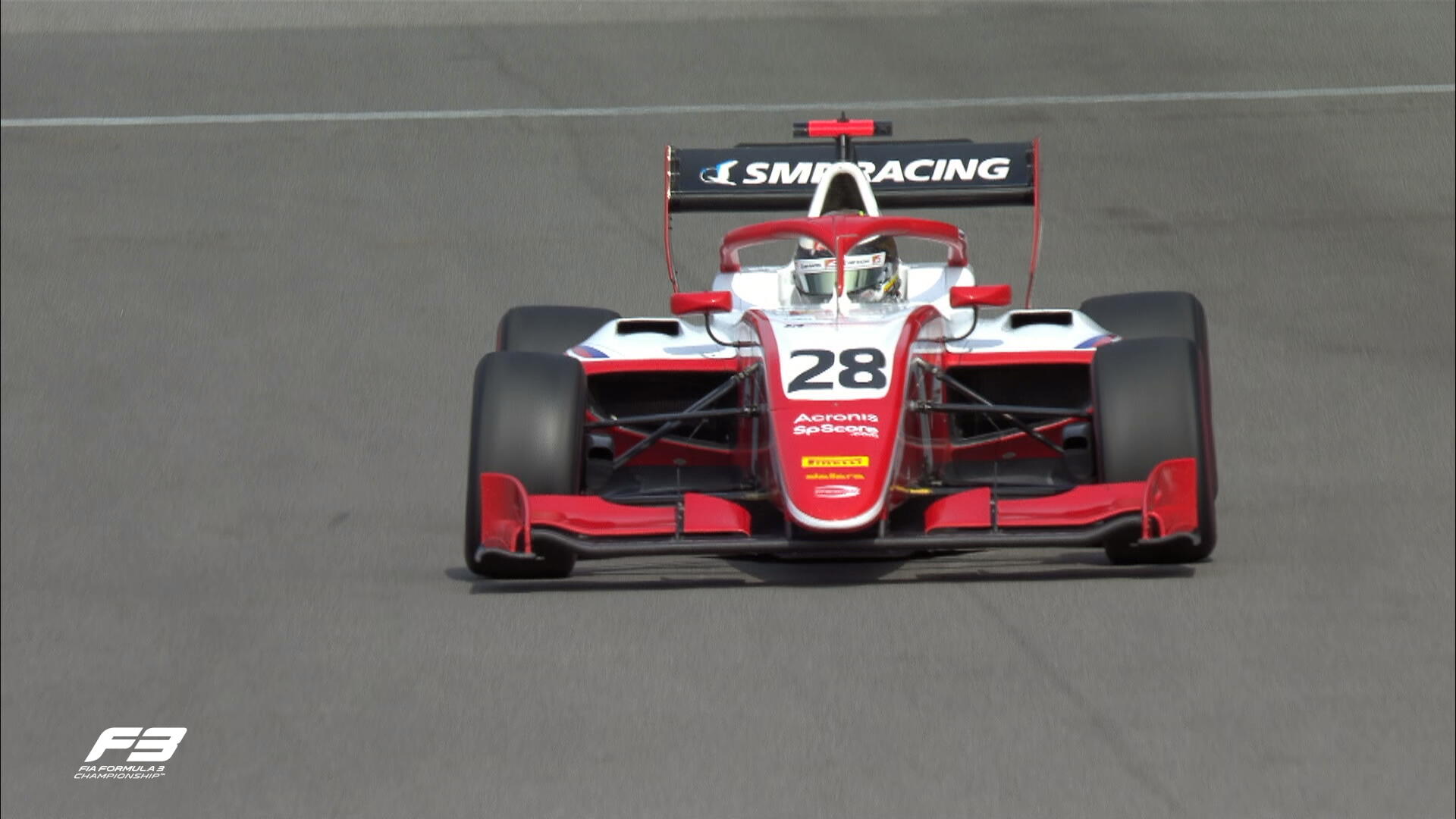 Perhaps even more likely to secure the championship tomorrow is Robert Shwartzman. He took pole, securing a vital 4 points, and is now 2 points away from wrapping up the title tomorrow. His rival Jehan Daruvala lines up alongside him on the front row, but even with F3’s usual unpredictability and F3 expected to get the brunt of tomorrow’s predicted rain, it will be an uphill struggle for the Indian driver to keep his title hopes alive.

Their Prema team-mate Marcus Armstrong lines up in third, doing his chances of securing a 1-2-3 for Prema in the championship a favour. Niko Kari impressed to qualify in fourth ahead of Christian Lundgaard in fifth. Jake Hughes lines up in sixth ahead of Pedro Piquet and Leonardo Pulcini. Juri Vips struggled and lines up in ninth with Max Fewtrell rounding out the top 10.

It was a fascinating day at Sochi, which is set to get even more intriguing as qualifying Saturday approaches.