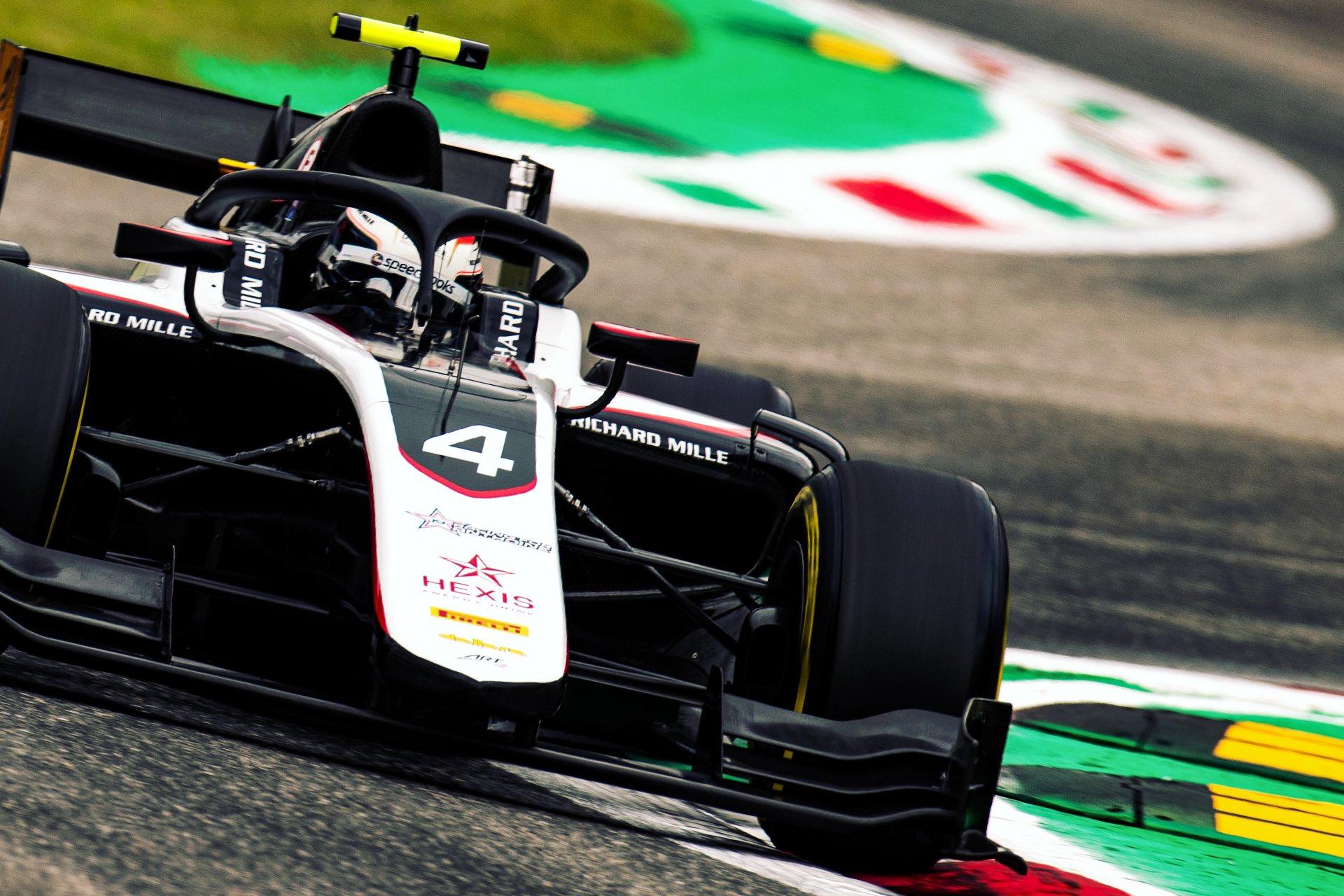 It was a critical weekend for the drivers championship in Monza as Nicholas Latifi’s woes means Nyck De Vries is not far off securing the title.

Callum Ilott had pole for the feature race and held the lead from Guanyu Zhou and Nobuharu Matsushita, but a mistake from Zhou dropped him down the order. This enabled Matsushita to move up to second and he immediately set about catching Ilott, and he passed him on Lap 5, and never looked back to take his second win of 2019. Luca Ghiotto tried the alternate strategy after his poor qualifying and it worked as he got up to second, however it is likely he would’ve challenged Matsushita had the team not fluffed the pitstop. Nyck De Vries showed lightning pace and fought his way up to third. A crucial result as his championship rival Nicholas Latifi failed to score after picking up a puncture from contact with Zhou. Ilott dropped to fourth in the closing stages, finishing ahead of Sergio Sette Camara and Jordan King, Giuliano Alesi finished in seventh with Jack Aitken taking reverse grid pole, with Sean Gelael and Mahaveer Raghunathan rounding out the points, the latter picking up his first ever F2 points.

Race 2 began with Jack Aitken getting a lightning start, with King getting ahead of Alesi, before being followed by Ilott. King initially gave the Campos driver a run for his money but eventually Aitken prevailed, before King was passed by Ilott. The Sauber Junior Team driver caught up to Aitken and was close to getting the move done, before he made a mistake, missed his braking, and tapped the wall in avoidance, which damaged his car and dropped him out of the points. Aitken crossed the line to take a convincing win. Nyck De Vries finished in third despite missing his braking with a few laps to go at the first chicane, further extending his championship lead ahead of Zhou, who fought his way to fourth. Matsushita finished in fifth ahead of Mick Schumacher in sixth, with Alesi and Deletraz, rounding out the points, whilst Mazepin and Latifi rounded out the top 10. It was a tough day for Luca Ghiotto, as a mistake under braking which saw the end of the race for Sette Camara at the first chicane meant he had no chance of points.

Nyck De Vries now has a 59 point lead over Nicholas Latifi, which means he has a solid chance of securing the 2019 F2 championship in Sochi.

It can be said that resilience was the real winner of the weekend after the tragic events of Spa, with tributes to Anthoine Hubert present throughout, most notably in both podiums, after the Feature Race, the French national anthem was played with the French flag being displayed by race winner Jack Aitken after Race 2.