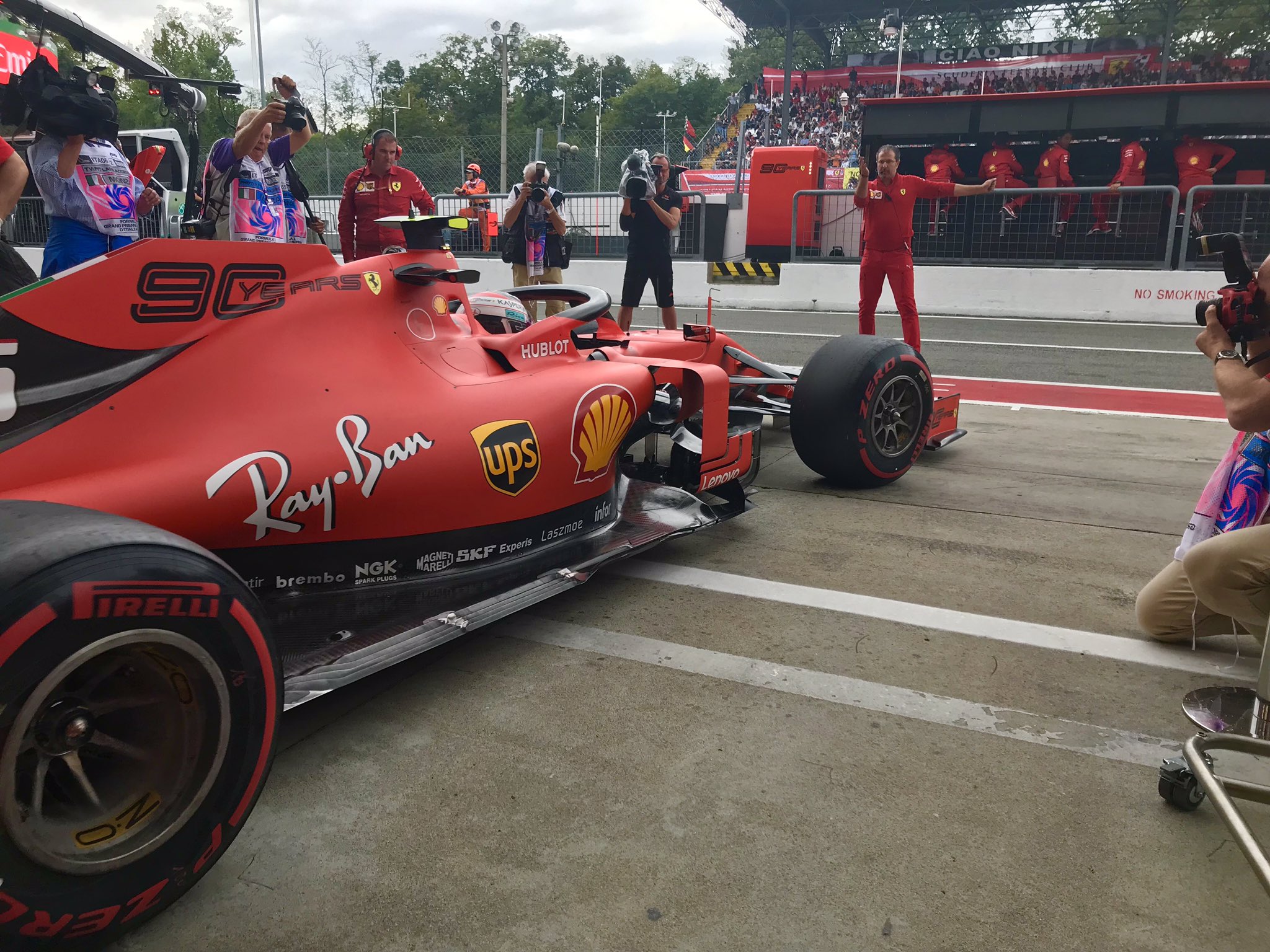 After Spa saw intense heat for much of the weekend, it was the opposite on Friday at Monza, as there was rain in the air for much of the day, particularly in the morning, resulting in Practice 1 in particular being a complete washout. It gradually reduced as the day went on, but Friday was no doubt a tricky day for the teams.

In the dryer but damp FP2 session, it was made clear that the toe could play a massive role in qualifying, as many teams were seen rehearsing the technique for Saturday. It was very hard to learn much but it seems Ferrari unsurprisingly seemed like the team to beat once again, but Mercedes were not massively far off, whilst Red Bull seem to be a bit behind the top two.

The midfield is harder to read as the laptimes may be unrepresentative due to the conditions and teams focusing on their own programmes but Toro Rosso and Renault seemed to have good pace in the damp. McLaren seemed to be lacking a bit but they are hard to read as a result of issues in Practice 2, which included Lando Norris being stuck in the garage for much of the session. Whilst Racing Point appeared to be lacking the pace they had at Spa.

The damp conditions continued into the F2 qualifying session, which proved to be intriguing as drivers mastered the tricky conditions on slick tyres. As the cars went round, the times were constantly tumbling as the track dried up, however two red flag delays enabled the track to dampen more, which made improvements tricky after that.

In a shaken up grid, it was the sole Charouz of Callum Ilott that took an emotional pole position, a much needed boost for the team after a difficult week for them. Guanyu Zhou lines up in second with the ART of Nikita Mazepin lining up in third. Nyck De Vries qualified in fourth but has since been disqualified from qualifying after a fuel infringement. This promotes Sergio Sette Camara to fourth ahead of Nobuharu Matsushita and Nicholas Latifi. Jordan King starts in seventh ahead of Mick Schumacher, with Louis Deletraz and Sean Gelael rounding out the top 10. Front runners Jack Aitken and Luca Ghiotto were caught out by the conditions and only managed thirteenth and fourteenth.

The rain had cleared by the time the 30 Formula 3 drivers took to the track. But in a bizarre turn of events, the session was red flagged as a result of a constantly congested final sector, where drivers were slowing down creating space for their laps and take a slipstream. This made it impossible for those on a flying lap to complete it.

Christian Lundgaard had to abort numerous laps as a result of the congestion, but in the end took pole position ahead of Marcus Armstrong in second. Championship leader Robert Shwartzman starts in third ahead of Jehan Daruvala and Lirim Zendeli, the latter being one of the few to not get caught out by the carnage at the end. Teppei Natori starts in sixth ahead of Max Fewtrell and Richard Verschoor, with Niko Kari and Giorgio Carrara rounding out the top 10. Championship contender Juri Vips was arguably the biggest loser from the carnage, as he starts way down in fifteenth.